You only need to have a vision; we have the resources to transform it into a real-time performing Android and iOS mobile app.
Get in Touch
Our customers love to work with us 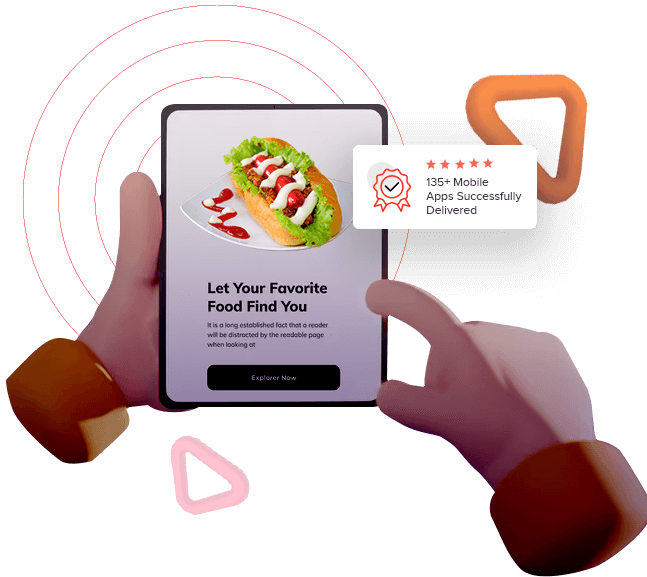 Our customers love to work with us

What makes us perfect for developing your next mobile app?

Our well-versed array of mobile app solutions caters to the demand of various industries and empower enterprises to attain the next level with growth.

We offer a comprehensive range of outstanding mobile application development services for startups, enterprises and businesses seeking growth.
Get in Touch

Leverage the mobile app-like the experience of a web app for your business and have a great impression on the customers. Our progressive app development team has in-depth knowledge of what it takes to develop a PWA that creates wonders in realistic terms.

When it comes to cost-effectiveness with quality then cross-platform app development is the only perfect option and with us you will get the best of it. We have produced multiple cross-platform apps so far for businesses worldwide including high-quality standards.

Our mobile app ui/ux design experts start with brainstorming the ideas and remain consistent till delivering and deploying the state-of-the-art design that can engage the app users in a great way. We follow a unique strategy and do extensive research for producing app product design.

Get the best blend of native and web solutions in the form of hybrid app development where you can enjoy the long-last benefits to take your enterprise on the new horizon. We are available with a wide range of hybrid mobile app solutions that access the full features of devices.

If you seek to widen your service range and more customer onboarding, on-demand app development solutions can help you out fabulously. It covers all business verticals, and with us, you can get revenue-generating and excellent on-demand apps.
Get in Touch

Develop your next mobile app with the help of certified app developers and leverage it for your business!

Almost all smartphone device owners, i.eAndroid and iOS, demand innovative mobile apps that meet their expectations and urge for high-quality services. In addition, due to the highly competitive market, enterprises also demand cutting-edge solutions that you can get with the help of our experts.

“We were blown away by their professionalism. Uislick establishes a smooth workflow, working to achieve the goals of the client. The team is quick-working and experienced.”
Milo
Founder, Insulation Company

“The customer service has been prompt and straightforward and the actual services are well documented and logical to our needs. We are very excited to be working with Vishnu and the rest of the team at UiSlick. I would highly recommend UiSlick. They are great to work with.”
Dhruv Talwar
Sales Enablement at IPEX

“We have worked with this team on numerous projects and they always over deliver on quality and always hit our desired deadlines. I would highly recommend this team!”
Lance Baker
Founder & CEO, CucumberCreek